Contrary to what you believe, you don’t have a marketing or sales problem. Most businesses think they do. In reality, they have a leadership problem. That’s one of the biggest lessons you can learn as an entrepreneur, and it will radically change the way you lead your team and the trajectory of your success.

As an entrepreneur, you can’t hide in the background. By default, you’re the person who will make the big decisions for your company. But, while leadership is something most entrepreneurs think they have, the truth is that few actually possess the skills they need to lead. And when you simply “play” the role of leader, rather than actually step up and lead others, your business can crumble as a result.

I want to share with you five ways bad leadership destroys businesses. If you can relate to any of these, take action and course correct immediately your business will multiply exponentially if you do.

1. Poor vision for the future

This is when CEO have a general idea of their business’s ultimate vision, maybe they want to sell a number of products by certain date yet they have no idea how to break that vision into daily, weekly, monthly, quarterly and annual benchmarks. They couldn’t tell you how many products they need to sell on a monthly basis, or how many leads they need to generate per month from their marketing campaigns.

Of course, the other scenario is when entrepreneurs know what poor performance indicators their business has to hit and by when, yet their “greed glands” secrete and they begin to make moves out of desperation. They become so infatuated with their big goal that they’ll do anything to sell off their product or service, even if that means selling to the wrong target audience who wouldn’t get the value or the benefit of the product. That only leads to customer complaints, frustration and overworked customer support.

You have to ask yourself, what do you want your business to look like? And by when? Those are the first two questions you need to answer if you want to construct a clear vision for your business.

2. Not investing in your team’s development

So many entrepreneurs, both new and experienced, expect to hire team members that are pre-installed with their same work ethic, resilience and skill set. That’s not going to happen, because you’ve been in the game much longer than they have.

That’s why you need to hire team members, not employees. Employees clock in late and clock out early. Team members are those willing to devote their time and energy to your vision.

3. Hanging on to a toxic employee

As the boss of your business, your job is to give your team members rope. That just means you provide them with the resources and support they need to grow, both in their role and as a person

Most of your team members will take the rope you give them. They’ll develop stress tolerance, anxiety resistance and better work habits. Yet, every now and then, one of your employees will use that rope to hang themselves instead. He’ll disengage and do his own thing rather than buy into your culture and vision.

The worst thing you could do for your business is hang on to that employee. Here’s why: When you keep around an underperforming employee, you send a message to the rest of your team that you tolerate mediocrity. Eventually everyone else on your team plays down to that level, too.

Harvard Business School professor Boris Groysberg did a study and discovered something staggering: Mega corporations Nokia, Star Princess Cruise Lines, Enron, British Petroleum and Thai Airways all met their downfall because of poor communication. Poor communication happens for two reasons: because entrepreneurs make assumptions about their team members, and because they don’t want to hurt their team members’ feelings.

Many entrepreneurs also fail to have tough talks with their team members. They don’t have it in them to call out something a specific team member needs to do better, and they therefore miss the chance to coach that person up to a higher level.

Entrepreneurs who are indecisive cost their businesses more money than those who are decisive but make the wrong decisions. General Norman Schwarzkopf once famously said_, ”When in charge, take charge.” And he was right.

Simply put, you have taken an action, then make adjustments. As an entrepreneur, you make a lot of decisions on a daily basis. It’s OK if a lot of those decisions end up being the wrong decisions; all you have to do is pivot and course correct.

So, why is that so hard for entrepreneurs to grasp? It’s because they have a fear of failure. They don’t want to look stupid in front of everyone else. The irony is that you actually look better in the eyes of others when you can rebound after a bad decision.

Leadership isn’t something you’re born with. You can learn and develop your leadership skills over time. Really, that’s the wisest investment you can make, because strong leaders make more money in business, command more respect from their colleagues, and achieve at a pace that the rest of their industry can’t keep up with.

Boluwatife Odeyale is an Author, a writer, and a teacher who specializes in self development.He has help both young and adult on building their future careers. He is currently in Crescent University Studying Mass Communication, he is the CEO of B2 Concept- a writing service and Ushering Agency.
View all posts

Feedback And Follow-Up In Business 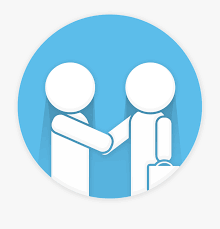 How To Make Money On PalmPay

12 Healthy Foods That Will Make You Grow & Look Younger

How To Enjoy Seamless Money service On Opay

How To Save Your Children From Pedophiles

Why Some Schools Remain Stagnant

March 31, 2021
We use cookies on our website to give you the most relevant experience by remembering your preferences and repeat visits. By clicking “Accept All”, you consent to the use of ALL the cookies. However, you may visit "Cookie Settings" to provide a controlled consent.
Cookie SettingsAccept All
Manage consent

This website uses cookies to improve your experience while you navigate through the website. Out of these, the cookies that are categorized as necessary are stored on your browser as they are essential for the working of basic functionalities of the website. We also use third-party cookies that help us analyze and understand how you use this website. These cookies will be stored in your browser only with your consent. You also have the option to opt-out of these cookies. But opting out of some of these cookies may affect your browsing experience.
Necessary Always Enabled
Necessary cookies are absolutely essential for the website to function properly. These cookies ensure basic functionalities and security features of the website, anonymously.
Functional
Functional cookies help to perform certain functionalities like sharing the content of the website on social media platforms, collect feedbacks, and other third-party features.
Performance
Performance cookies are used to understand and analyze the key performance indexes of the website which helps in delivering a better user experience for the visitors.
Analytics
Analytical cookies are used to understand how visitors interact with the website. These cookies help provide information on metrics the number of visitors, bounce rate, traffic source, etc.
Advertisement
Advertisement cookies are used to provide visitors with relevant ads and marketing campaigns. These cookies track visitors across websites and collect information to provide customized ads.
Others
Other uncategorized cookies are those that are being analyzed and have not been classified into a category as yet.
SAVE & ACCEPT